Hybrid felines are seeing a growth in popularity recently amongst cat fans. 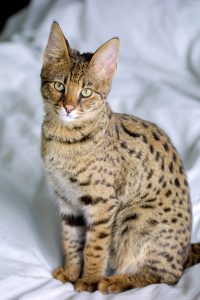 Originating from a cross between domestic cats and wild felines, the most famous is the Savannah cat. These hybrid cats are attracting people around the world thanks to their exotic looks.

In the United States, people are becoming very fond of these special cross breeds. People like the idea of having a wild animal in their home. However, specialists are starting to regret their overly relaxed legislation surrounding these animals. Animal protection groups who are worried about the consequences of the presence of these cats in homes have started a petition to limit the ownership and breeding of such creatures in the country.

The main arguments by petitioners is that these hybrid cats may not only have the appearance of their wild ancestors. Some believe they may have the behaviour of them too. This could very quickly lead to issues in the home. “They may be great at the beginning when they’re small but by growing up and getting bigger, they can soon become too big for people to take care of.”, explains Daniel Lutz, member of the Animal Legal Defence Group.

Just like the other signatories of the petition, Daniel Lutz fears that these very needy hybrids will end up being abandoned by their owners. However, as we know, there are already far too many feral cats. They already pose problems like the endangerment of species serving as their food. Therefore, you can already imagine the consequences of a population of feral hybrid cats causing more damaged than their domestic partners. 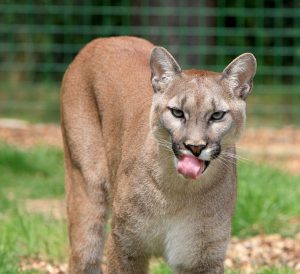 The petition therefore, is asking for hybrid cats to be treated in the same way as large cats like the Lynx and Puma. This would mean the size of their population would never get out of control. Along with those agreeing to this petition, there are four sanctuaries of large cats. They are conscious of the impact a population of hybrids could have.

As part of the proposed restrictions, the petition says that cross-breed animals will automatically be sterilised. People will need a special licence to adopt these hybrids. Hybrid cats used as pets must be at least of fourth generation since the cross breed.

Of course, being so strict, these proposals haven’t gone down well with everyone. Most notably, breeders of these special breeds because in their eyes, these cats make fabulous pets. And have already proven themselves to be great with children and other animals.